Question: We are all bombarded with lose weight quick schemes, but how does a brother GAIN weight?

First of all, thanks for your question.

In the fitness world, we tend to lump people into three categories as far as body type is concerned: Ectomorph, Mesomorph, and Endomorph. Knowing you personally, the somatotype that you are referring to would be the Ectomorph.

Here is an except from John Berardi’s Scrawny To Brawny that helps explain the Ectomorph in a nutshell:

The typical ectomorph is a person who exhibits low levels of strength and size prior to training. They’re usually tall and thin, with relatively low levels of body fat and small, narrow bones. Although their smaller joint structure often serves as an impediment in strength and power sports, they do tend to excel in endurance activities due to what is typically a higher-than-average proportion of slow twitch muscle fibers. Their fast metabolisms often make it difficult to gain weight of any type when following a more conventional dietary approach.

As for the answer to your question, I hope you have yourself a pair of eatin’ pants, because its time to eat like you’ve never eaten before! I’ve never met a weight gain problem that could’nt be fixed by throwing more food into the mix, but the problem with most Ectomorphs is that they simply don’t eat enough, or don’t eat enough consistently.

You don’t know how much you’re eating until you know how much you’re eating. When I was trying to put on weight, I had days when I swore I was eating like a horse, but when I checked my log for the day the truth was I just had a really big breakfast, barely anything in between, and a mediocre dinner. You also don’t want to eat big one day and then fall off hard during the rest of the week, essentially taking one step forward and six steps back. Keeping a record of what you eat will help you in this respect.

The only direction you’re concerned with is up, so as long as the scale is constantly moving in that direction you’re golden. I would buy a scale and weigh yourself once a week, shooting for a 1-2lb increase a week. Don’t weigh yourself everyday as its unnecessary and the body tends to experience fluctuation throughout the course of a day, which can drive a normally sane person mad.

This is a trap that many skinny people tend to fall into. In their attempts to gain weight, they scale back their food intake because they don’t want to get fat. This is like showing up to a 100m race in a fat suit because you’re worried about hurting yourself if you fall. The main thing you want to do is eat a lot, and eat a lot consistently. 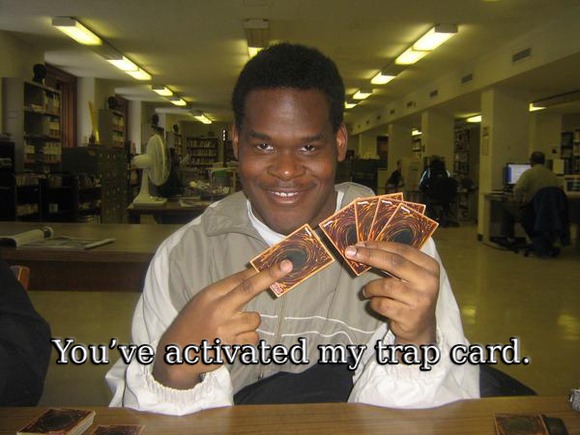 When your goal is to gain weight, you want to go with foods that are calorically dense – food that contains a lot of calories relative to its size. For example, it would take more than 5lbs of broccoli to equal the calories in 1 Cinnabon cinnamon roll, which weighs less than half a pound. Luckily there are natural, whole foods options that meet this requirement so you don’t have to sacrifice your health for your physique goals.

Eggs, Milk, Cheese, Chicken, Beef, Turkey, Pork, Fish, Yogurt, Walnuts, Peanut Butter, Olive Oil, Almonds, Oats, Pasta, Fruit….the list goes on and on. The main take away point here is don’t eat like a bird. Veggies are great for health reasons, but they won’t put on the size by themselves. Make sure you’re including them in your diet, but also make sure to surround them with copious amounts of other food as well. Don’t be afraid to treat yourself to the occasional treat either.

4) When in doubt, drink some of your calories.

Many former skinny folk swear by drinking a gallon of milk a day on top of their normal meals, and while I wish I had an excuse to drink that much milk, I can see how some might be put off by that idea. If you’re in that camp, I urge you to check out Precision Nutrition’s Supershake Guide . Its free and it will give you ideas on how to put together your own tasty, calorie filled shake.

You’re only awake a certain number of hours a day, so you want to get in all the food that you can during your waking hours. However, you don’t want to hit yourself with a calorie bomb early in the day only to spend the rest of it in a lethargic slump because you fell into a food coma. Spread the food out over the course of the day, and make sure you get in a nice big meal after your training session – your body will thank you for it.

You didn’t think that you were going to get away without exercising, did you? While not crucial in the grand scheme of putting on weight, a proper resistance training regimen will ensure that you don’t end up looking like a heavier, softer version of your former self.

Having reviewed the book myself, I feel like John Berardi’s Scrawny to Brawny is a great place to start for most people looking to put on size as it comes with a program specifically aimed at Ectomorphs, but there are also many other resources that will help bring your closer to your goal:

As a matter of fact, here is a 30% off coupon for Borders if you prefer the in store option. Its good until 9/25. Don’t ever say Rog didn’t give ya anything!

Hopefully that helped answer your question, and if not please feel free to leave a comment and I will be glad to clarify anything. 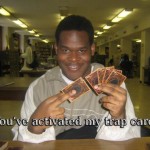 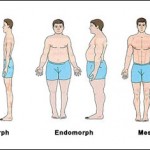