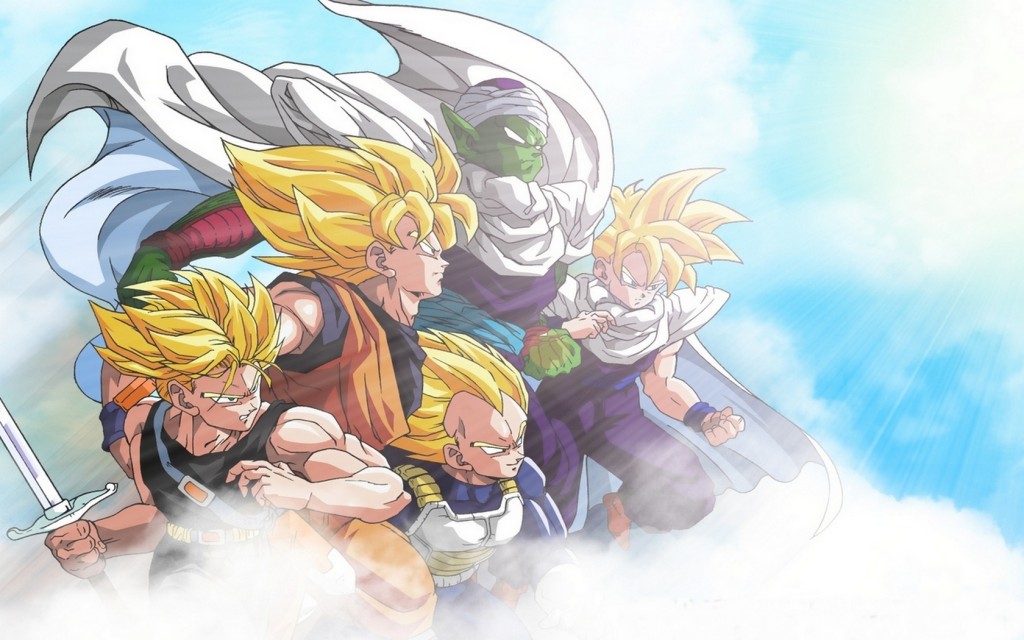 For some, there’s a weird stigma surrounding mentorship. On one hand we’ve all benefited from the guidance of others in life, but on the other side is fear. It can be scary to admit out loud to someone else that you don’t know everything and that you need help. To do so takes is an act of vulnerability, and the older/more experienced we get, the harder it can be to ask.

Imagine 4 year old you asking someone how to  tie your shoe – no shame there, right? Now imagine a 40 year old you asking the exact same question – hot damn that’s scary! Why? Because at this point in life you should pretty much have that locked down, and our ego would rather have us remain ignorant and proud than risk embarrassment.

I used to be exactly like this. In class the teacher would ask if anyone had any questions or didn’t understand something, and I would sit in the back of the room yelling “WHAT IS GOING ON?!” inside my head, yet on the outside I said nothing, and that lesson passed me by. Now, I revel in being ignorant. It means that I have so much to learn still, plus I’ll meet exciting and interesting people in the process of figuring things out.

Mentors come in many forms. Some teach you actual skills that would’ve taken you years to learn on your own, while others simply teach you how to harness the power that you already have inside yourself. I wouldn’t be anywhere near where I am career wise if it weren’t for the guidance of friends and mentors like Alan Aragon, JC Deen, John Romaniello and Leigh Peele (among many others).

The best part is that if you take the risk and ask for help, people are usually more than happy to do so!

Embrace your ignorance and actively strive to chase it out of your life. If Goku, the world’s greatest martial artist, can seek out help when he needs it, so can you.

2. Excellence is a journey, not a destination

As much as I love Goku and tried imitating him as a kid, he’s not my favorite character – Krillin is.

At the start of the series, Krillin was kinda sorta able to keep up with the other Z fighters. As things progressed and power levels quickly  reached absurd levels (over 9,000! *breaks scouter*), he was left behind. Once you start throwing Destructo Discs at villains and they just stand there letting it hit them in the face while laughing, you know you have a problem.

But that didn’t stop him from stepping up to the plate and giving it his all when needed. The fact that he died more times than anyone else in the series is a testament to his overall badassery and commitment to excellence in the face of overwhelming odds.

The biggest part of success is simply showing up.

In the gym and in life, the outcome may not always be in your favor, but you can bet a delectable Cinnabon that what you learn about yourself while pursuing a goal is priceless and will serve you well going forward.

3. Live by the Saiyan creed

A Saiyan grows stronger each time they face a challenge greater than their current levels. Something inside of them craves it, and they’re constantly running towards these opportunities.

We’ve all seen that person in the gym who has been there for years yet looks and performs exactly the same as a result. Growth is not an accident. You adapt to what you force yourself to endure and overcome. Do the same and you’ll stay the same.

Piccolo trains with weighted clothes on so that when the time comes to throw down he takes them off and is stronger as a result.

Goku trained under 100x Earth’s gravity to prepare himself for battle on planet Namek.

Growth is rarely comfortable. It may suck and it may hurt, but that doesn’t change the fact that it’s absolutely necessary if you want to accomplish anything remarkable. By pushing through your comfort zone and into the unknown, you awaken an addictive quality deep inside yourself that thrives on being challenged and thus becoming better.

If you want to sexify your physique, focus on building a base of strength first. No matter what your goal is, being strong ALWAYS helps  and enhances every other quality. Constantly push yourself to become better in whatever increments that you’re comfortable with.

From Vegeta to Freeza to Cell and Buu, Goku grew stronger from each encounter. Instead of viewing challenges as something to run from, embrace them and the growth that they’ll inevitably bring.

4. Competition is healthy and necessary

When Vegeta came to Earth, he thought conquering the planet would be an easy task, but several battles and an epic energy blast battle later, he was forced to change his perspective. From that moment on, the Saiyan prince devoted the rest of his life to one goal: becoming stronger than Goku in every way possible.

While he never reached this goal, Vegeta would have NEVER become as strong as he did if he didn’t have someone whose simple existence pushed him to strive for more. Chasing after Goku gave him something to aim for. Goku on the other hand used himself as the benchmark, competing only with himself.

Both motivation styles have their benefits and which you choose all depends on your temperament and the situation at hand. Some are motivated by seeing excellence around them and aiming to surpass it while others only want to become better than who they were yesterday.

The premise of Dragon Ball Z is simple: find 7 magical balls that summon a huge ass dragon who will grant any wish while defeating every villain that attempts to destroy the planet.

Oh yeah, and have a whole lot of fun along the way!

Life is long and as thrilling or boring as we make it out to be. Going on a quest, whatever it may be, is exciting because we’re actively involved in the pursuit of something. Learning different skills, exploring new places and everything in between opens up a world of exciting possibilities that we’d never encounter if we never ventured beyond the mundane.

6. Be a good person and good people appear

The Spirit Bomb, Goku’s most powerful move, can only exist because of the natural goodness inside of people and their willingness to lend him their energy.

This one is really simple and something that I can personally attest to: just be kind!

By being a nice dude for no other reason than it makes me happy to see other people happy, so many opportunities and friendships have come my way that otherwise would’ve never come about.

People naturally want to help and be around those who make them feel good or add something positive to their life.

I reckon if Goku was an asshat, nobody would be lending him anything and his Spirit Bomb would look like the epitome of whackness.

7. YOLO is the dumbest thing ever

Every time I see YOLO, you only live once, I want 1990s Mike Tyson to punch me in the face!

With the Z fighters being killed and wished back more times than I can even remember, it helps frame risk and reward in an entirely different light.

In the year 2013, we’re safer than we’ve ever been at any point in human history. Almost any injury can be overcome through a combination of medicine, technology and ingenuity, but each day we’re faced with death by a thousand small cuts.

Settling for less than we deserve.

Getting in our own way.

These little things can add up, and one day you may look around and realize that at some point you stopped reaching for more and settled into safety despite something deep inside of you yearning for more.

The human spirit is indomitable and can recover from anything given enough time and perspective. View each day as a rebirth of sorts, using the lessons from the past to constantly shape and guide your future while still living and enjoy all the awesomeness that the present holds.

8. If you want to look good nekkid, it really is this simple 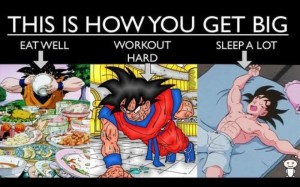 Everything else is details.

9. There’s a Super Saiyan inside all of us

We can either passively let life dictate who we become, or say to hell with circumstances and create our own.

We can break under the heavy burden of life, or use our physical and emotional resources to rise and become more than we ever even thought we could.

We’re fully responsible for the direction of our lives. The choice is always ours.