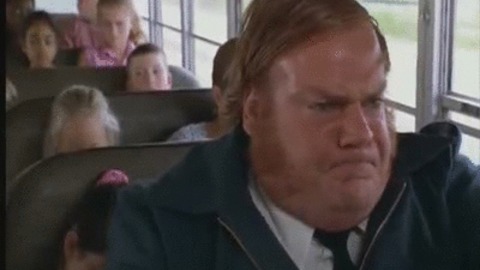 Imagine you’re the passenger on a bus. You pull the cord to let the driver know that your stop is coming up, but instead of slowing down they slam their foot on the gas and veer out of control as they turn to stare at you.

Their hair is disheveled, shirt filled with random stains and the funk of 1,000 years invades your nostrils. Their eyes are bloodshot and the last good tooth they had abandoned ship years ago. For all you know they may not even be wearing pants!

To say they’re methed out of their mind would be the understatement of the century.

And that’s when it finally hits you: wherever you want to go, this bus definitely isn’t getting you there.

Why Victimhood Is Killing Your Gains

Have you ever felt like things were constantly happening to you and that you were just a passenger along for the ride?

It’s exactly like being on that bus, except way worse because it’s actually your life.

I’ve been there, and on any given day I can easily slip into right back into that passenger seat if I’m not careful. Blaming, defending, complaining – these are all tools of the trade. 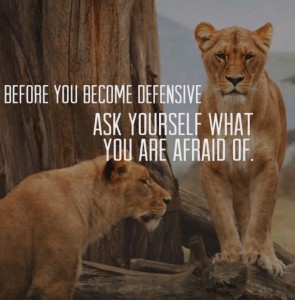 And I get it. Sinking into that victim mentality and letting it run amuck has a certain seductive appeal to it.

When in that mode, it’s easy to think that you’ve got it all figured out and that if only those other people out there would get their act together, you wouldn’t be in this predicament.

When dieting for a photoshoot, I felt myself mentally blaming friends I was going out to eat with – how could they order that when they know I’m trying to get mad sexy?

AND WHY ARE THESE FRENCH FRIES SO DELICIOUS? DOESN’T THIS RESTAURANT KNOW THEY’RE MY FAVORITE AND THAT I CAN’T POSSIBLY RESIST?!

On the outside, I played it cool. On the inside, I was whiney and had a pretty bad case of the emo.

It’s tempting to feel like you’re always the one in the right, making it easy to blame everything on something outside of you and keeping the pristine image of yourself intact.

Blaming others will never better you. It only ensures that you stay exactly where you are and miss out on the best parts of life

Whenever I find myself playing the victim, I tell myself one thing that never fails to pull me back from the brink of destruction… 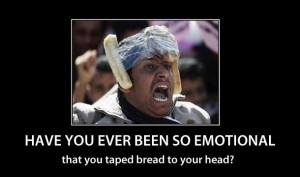 Are you not exercising as much as you’d like? It’s completely your fault.

Do you feel like you can’t create the kind of relationship that you want to be in? It’s definitely your fault.

Are your eating habits spiraling out of control and it’s wrecking havoc on your mental and physical well-being? It’s for sure your fault.

If you’re anything like me, hearing that something is your fault can make a piece of you immediately want to jump on the defensive.

The goal here isn’t to send you down a self-critical rabbit hole of shame and doubt, but to empower you. This is all about self-acceptance with as little judgment as possible.

“It’s your fault” is a helpful mental shortcut capable of sneaking past all your hidden defense systems, leading to the end result of it being your responsibility.

Let’s say I kidnapped you and dropped you in a pile of quicksand (which I have on hand at all times).

It’s not your fault that I was a big ‘ol meanie and snatched you up while you were watching How I Met Your Mother, but if you want to live long enough to see another episode then it’s your responsibility to do something about getting out.

If something involves you, you play a role in the situation and bear the responsibility of bringing about change.

Own it all. The good, the bad, and the fugly.

When you stop looking for things outside of yourself to blame, you’re forced to look inward and search for ways to better yourself.

Instead of all of your resources going towards deflecting and complaining, they’re now funneled towards finding solutions to get you where you want to go.

Only by claiming responsibility can the process of true growth begin.

Be Your Own Hero 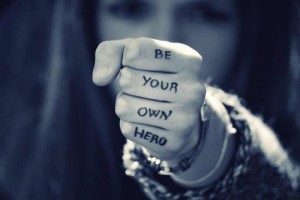 This is your life. Hold yourself accountable to it.

You are responsible for everything in it, from the look of your physique to how you make a living and the quality of your personal interactions.

Others can help you, so don’t be afraid to ask for it. It’s great if they do, but no one else is responsible for making anything happen in your life but you.

No one is coming to save you. Fully embrace this fact.

Stop the momentum dead in its tracks by asking this question: what’s one thing I can do in this moment to help myself?

No matter how small the answer that you come up with is, do that thing and then build off of it relentlessly.

Regardless of your situation, there are dozens of things that you can do today to snatch your power back from the claws of victimhood and actively create the life you want to live.

It’s not ok to blame your problems and struggles on others.

Staring right now, you are no longer a victim.

Action and a deep, ever-evolving understanding of self. is the only thing that can and will save you.

Go forth and act boldly, even if it looks like a hot mess until you get the hang of it.