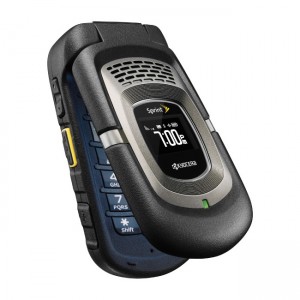 This is my cell phone.

I get 9 hours of talk time. Texting is horrible because I have to press a million buttons so I’m more likely to actually call you as reply. Every picture looks like the Blair Witch Project thanks to my 2.6 megapixel camera.If you tried to shoot me and take my Cinnabon, I could use it to deflect the bullet and then call the police to report you for being so rude

The Mysterious Case of The Great Half-Asser

I’m known for my legendary workouts.

Not legendary in the “his work ethic inspire the hopes and dreams of millions around the world” sense, but more like “he has been here for 2 hours and I don’t think I’ve seen him lift anything yet…is he even sweating? What the hell is he doing?!”

I’d walk in with the good intentions of crushing 6 exercises, but then I’d do some arm swings and check Facebook. Do a few chin-ups then scroll through Instagram. Warm up with some light weights before firing off some texts. Before I knew it, my 60 seconds of rest was long gone, stars exploded in a blaze of glory and a new President had been elected.

Since getting rid of my smart phone, the quality of my workouts has improved dramatically. I’m stronger, leaner and my cardio is better than it has been in at least a year, and it all comes down to focus.

For the best results inside the gym and out, a full-ass approach is required. A half-ass approached will yield exactly what you’d expect.

If I’m in the gym, I’m there with a single purpose: to give my best to the training at hand. If I’m diddling around on my phone between rest periods, while seemingly harmless, it IS taking away from my mental sharpness and commitment to my workout.

Does a lion stop to take a quick selfie because #beastmode right before pouncing on a gazelle? Does Lebron text some quick LOLs right before a championship game?

There’s a time and place for everything. Give your phone a time out in the gym for a month and see what happens both. You’re worth it.

From Good to Great Sex

I was in bed with my lady one night and she made an offhand comment that gave me a moment of pause: “you’re always on that thing.”

And when sitting there on the phone, I can’t say that she didn’t have a solid point.

It made me think back to the big moments of our relationship and what made it feel like a bag of magic and vanilla frosting 24/7. When we were together, we were really TOGETHER and not staring into the glowing box of infinite distraction. Looking back, we don’t have many pictures of us or the things we did because we were so in the moment that we didn’t think about trying to capture any of it.

A few years ago I heard Danielle LaPorte speak at a conference and she said something that always stuck with me: our presence and attention is the most important gift we can give to someone. 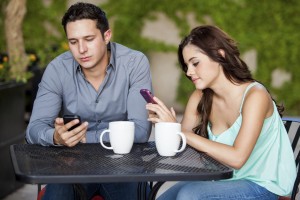 Girl, you just wait ’til we get home and I give you that good lovin. YOU GON LEARN TODAY!

Good sex is fairly easy to come by. But great sex? That doesn’t happen by accident. One of the key ingredients of that sizzle pie is genuine connection, and there are opportunities for this connection in every moment if we’re open to them.

It’s like those couples you see out at dinner, unblinking eyes pressed up against their phone like they’re getting the most important retina scan of their lives. I bet they’re going to race home and set the bed on fire. I wish my sex life was like theirs…said no one ever.

So there were major improvements in that area, but also every other area where I was interacting with another awesome human being.

If I was by myself or I wanted to avoid doing something I’d whip out my phone and see what was happening in the Internet rabbit hole.

If I was out and there was a lull in the action or conversation, I’d browse the Internet as a reprieve from the boredom.

I found it increasingly difficult to keep my attention focused on one thing, from reading a book to writing to seeing a ridiculous thought in this crazy mind of mine through to completion.

In the background of every moment there was the quiet whisper that there was something, important or not, that I was missing out on and if I just reached in my pocket I could pull out this thing that would give me access to all of it, the present moment be damned. 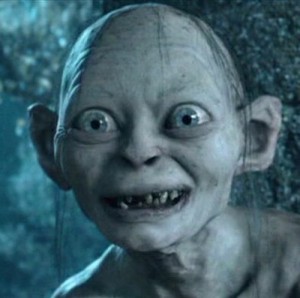 Check the phone, my precious.

Am I documenting this for my own benefit once my memory starts to fade, or am I doing it to share it with other people for who the hell knows what reason?

Now without it, I feel more like a sharper, more energized, creative version of myself.

When I’m bored, I can be with that boredom and see what, if anything, comes of it. When I’m talking with someone and the flow drops off, I can see that as an opportunity to resurrect the conversation like a conversation wizard instead of pressing the abort button by taking the easiest escape route – my phone.

A good 90% of the time I found my phone in my hand, I don’t even remember consciously reaching for it. It’s like in the horror movies where the terrified home owner burns the demonic doll, only to look up 5 minutes later and find it sitting on their bed, unscathed, eating Cheetos.

That’s when I knew I was screwed. It was no longer something I chose to do, but something that happened because it was a habit that ran on autopilot, with or without my consent. 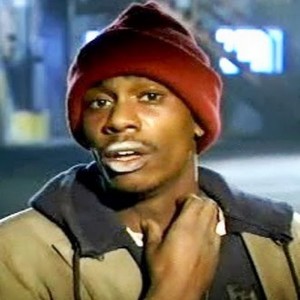 Y’all got that WIFI?

The smart phone started off as a useful tool, and the problem with tools is never the tool itself, but the user. After becoming reliant on it and using it on a daily basis for so many things, came to the sad conclusion that this thing had a vice grip on me, not the other way around.

It’s like a full-blown crack head saying they’ll just have a little bit of crack, or a sex addict saying they just want to cuddle for a few minutes – it never works.

So I had to cut it off completely by getting a phone that can only do the basics, because if I left any window to my old habits open while trying to form new ones, they would just sneak up on me quicker than Michael Myers in a Prius.

If any of this resonates with you and you want to stop yourself from going down the slippery slope, here are some steps you can take without going full old school.

I’m almost 2 months in and doubt I’ll go back anytime soon, if for no other reason than the look of disgust on people’s face when they see this relic, like I just showed them a pair of 100 year old balls, is priceless.