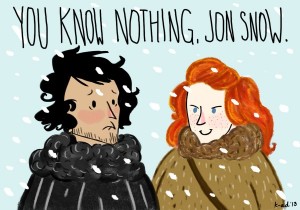 Today’s guest article is brought to you by the awesome Kate Galliett – enjoy!

It was a dark and stormy night. The candles had been lit and were flickering, casting dancing shadows against the stone walls. I, Kate Galliett, Queen of the land of Fit For Real Life, had settled in for an evening of movement studying & wine drinking. There was a knock at my door.

Rog entered my castle with a look of despair on his face.

“What is the matter Sir Rog? Is there trouble at the Wall?”

“No . It’s much worse than that. It’s my people. They are being crushed by an unseen force! It’s said to be called “21st century living”. Have you heard of this thing? Their bodies are breaking down. I know I have what they need to be confident, sexy mo-fos, but I fear all will be lost if they lose the ability to move freely and without restriction!

I’ve come to ask your help. Please Lady Kate, join forces with me and help the good people of the Land of Sexification to move better, feel better, and be better.”

I sensed myself shift into battle-mode.

“Sir Rog, I only hope it is not too late. Come quickly, we must get to work drawing up battle plans immediately to fight the crushing force that is ‘21st century living’.”

What follows is what was born out of that dark, stormy evening.

These are the very best recommendations I could give to Sir Rog to help his people – you – to save yourself from the darkest of forces, that which sucks the life of you; unnecessary aches, pains, and injuries caused by modern-lifestyles which grind us into the ground if we aren’t actively working to fend it off and become truly unbreakable humans.

Commit To Practice Time Every Day 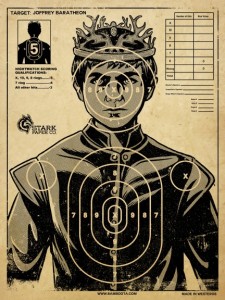 Do you think master swordsman, Syrio, teacher to young Arya Stark of the much-loved Stark Family of Kings’ Landing, became a master by practicing only on occasion? No-sir-ee-bob. He also would never have said “no-sir-ee-bob”.

The point is, by not actively working to improve your mobility, you’re actively allowing the sub-par soft-tissue quality and movement-capacity to remain. You don’t become a master overnight. You don’t become a master in 30 days. Depending on how long you’ve been carrying around soft tissue that is tight, rigid, and otherwise not bend-y, it might take a fair chunk of time to get your body moving fluidly again.

Start looking for opportunities to interject mobility work into your day. You will often catch me stretching the soft tissue of my well-worn gymnastics hands into the table, the steering wheel, the floor if I’m sitting on it…because I know, that if I reserve soft-tissue work for just once a week, my hands will be incapacitated, locked up from all of the strain that gymnastics and rock climbing puts on them.

Wherever you need to improve your soft-tissue quality, you must seek out ways to do that in your day. It could mean digging your foot into a lacrosse ball in the morning as you brush your teeth. It could mean standing up every hour at work and finding a doorway to stretch your chest out in.

Commit to it. Commit to yourself.

Do Your Research And Know Your Weak Spots 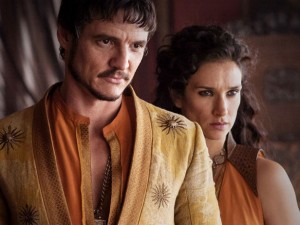 If you’re about to be double-crossed by the Kings’ Hand, it would serve you well to know ahead of time. But to do so, you’ve got to be looking below the surface of what you’re being told.

For example, if your IT Band is aching and hurting, your IT Band is fooling you into thinking that it is the cause of the issue. It’s not that things are never as they seem, sometimes, the IT Band truly is causing an issue – BUT – more often than not, the pain in the IT Band is coming from a root issue that lies elsewhere.

Here are a few reasons why the IT Band can be painful:

– The hips are unstable (read: weak) and the IT Band is trying to do the work of the other hip muscles.

– The glutes are weak, and when the glutes are weak that is a whole bunch of effort that has to be moved to other parts of the lower body, and the IT Band won’t be escaping the extra work load even though it will hate every second of it.

– Your running form is poor. Not everyone likes to run. But some people do. And those who do would be well-served to run with good form. Because anything done with poor form is just plain poor son.

– There’s an insane amount of “run form techniques” out there, but a simple one that easily moves you into better run form is hill running. The incline doesn’t allow you to over-stride, and you will automatically land more forefoot on the hill as you run up it. The grassy surface is a bonus! PS – just walk down, lest you be the fool who trips and goes rolling the rest of the day down.

– Your shoes are selling you out. No need to go crazy with minimalist shoes unless you’re into that sort of thing, but, when you have tight shoes on that don’t let your feet articulate with the ground very well (or at all), your foot becomes weaker, and in time that will negatively affect the stability of your knee. The IT Band inserts just below the knee, so what is happening with the knee, will eventually affect the IT Band as well.

Become The Leader Of Your Body

(Writers’ note: there is a long-standing battle between myself & Rog Law regarding which man is better and obviously the answer to that is “Rob Stark”, but Mr Lawson feels that “Jon Snow” is our winner here, and yet we remain friends proving that friendship can be built despite fundamental differences of opinion.)

Rob Stark may be a young man still as he unites an army of men behind him as they engage in conflict with the Lannisters’ army, but unite them he does. (No need to lead your body into a Red Wedding though…ain’t nobody got time for that shit.)

It’s time to stop letting achy joints & injured bodies decide what your life-agenda is going to be.

How many things have you put off because your body was telling you “hey, we hurt”?

You, as a human, have the capability to do anything your mind and heart desires. But, you want your body to be physically capable of doing it, or else, those things you wish to do will remain but fantasies in your mind.

Here are 3 things you must do if you want to lead your body to glorious victory:

Get mobile. You need your soft-tissue to be pliable and move-able. If it’s not, your joints will take extra wear & tear, which not only hurts, but it also wears them down faster.

Get connected to your body. Don’t get lost in fitness by only looking at measurable things. There is value in looking to hard-to-quantify, but absolutely legit things like the mind-body connection (or to give you a ‘non-hippie’ term: proprioception & kinesthetic awareness).

Get your foundation strong. Strength training doesn’t just strengthen your muscles – it also strengthens every part of your skeleton, and having a strong structure means less risk of breaking the structure. Build the base of the structure strong and mighty and you’re going to have a structure that is durable for a lifetime of adventures.

Sexification Note: Earlier this year, Kate created a 12 week program to help people re-connect with their bodies while ridding themselves of nagging pains and annoying stiffness. I personally use Kate’s resource because I move as well as a hippo riding a skateboard and feel way too old before my time. Since it’s helping me get my groove back and then some, I want to pass it along to you as well.

Click here to learn how to free yourself from stiffness and random pains.