It’s hard to ignore, isn’t it?

That pulling sensation from somewhere deep inside. While the origin is unknown, this isn’t the first time that this feeling has crept up on you.

Maybe it was the game you watched. Seeing the athletes move their bodies with a sense of purpose, all towards a single objective, trigged your own desire to step into the arena.

It could’ve been that couple that ran past you, laughing with each other as they quickly changed from full-sized humans into tiny specks in the distance. You haven’t gone on a walk in awhile, and on any given day a set of stairs can leave you more winded than you care to admit. It feels like a finger thump straight to your heart.

Or perhaps it hit you as you flipped through the magazine in the checkout lane. On the cover, some “fit” model with abs for days. Page 26: lean legs and a butt that could stop a speeding bullet without so much as a flex.

Regardless of the source, the cause is the same. Your higher self, your own personal version of Jiminy Cricket, your inner voice (mind sounds like DMX, in case you were wondering), is throwing anything it can at you, trying to get you to pay attention to one thing: you’re not firing on all cylinders.

I’ve Been There Too

Back in the not too distant past, I was about as unhealthy as you could get.

Outside of organized sports until I was 12, moving around just wasn’t my thing. I took full advantage of every possible opportunity to lie down, sit in a chair or lean against a conveniently placed wall.

Exercise? Nope – it made me breath too hard. Then I’d sweat too much, which means I’d need more showers, which would cause me to run out of workout clothes, forcing me to continuously buy new ones. You can clearly see how if i kept exercising it would only lead to my financial ruin.

And eating healthy? French fries are technically a vegetable, and scientists have managed to cram every vitamin, mineral and nutrient that I need be a fully functioning human into chicken nuggets, so I didn’t need to bother with eating that green stuff.

Does not include cash purchases or eating friends leftovers.

Lengthy gaming sessions that stretched from dusk till dawn were the norm. Food that I could buy and eat in five minutes or less became my main source of sustenance.

At 20, after years of these kinds of shenanigans, it’s no wonder that I slept horribly, was in a constant state of lethargy, had cholesterol levels over 350 and suffered from a boner that was as dependable as a narcoleptic security guard. 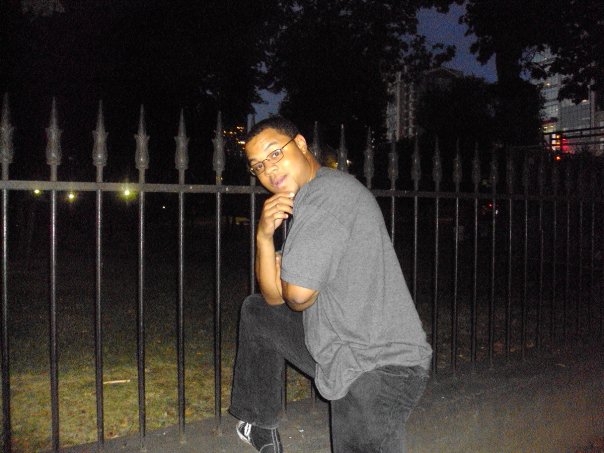 Looking to do something (pretty much anything) to turn things around, I stumbled my way into fitness thanks to a series of random events, and it sent my life in an entirely new direction.

You’ll probably live longer. Even if you don’t, your quality of life will undoubtedly be better when compared to doing nothing.

You’ll have less fat and more muscle, all contributing to a leaner you. Clothes will fit better.

You’ll be more resistant to random injuries and the normal wear and tear of life. Slipping on ice in the winter time is no longer an instant death sentence.

Everyday life become easier because you’re stronger and more prepared for the tasks.

Exercise can serve as a new outlet for your aggression, sadness, or simply become a way to wrangle and process your thoughts better. Empowerment is just one workout away.

You’ll have more energy and an increased sense of self-confidence, not only from your appearance changing, but from the act of pursuing a goal.

Less stress, sharper brain function and an increased sense of creativity all await you. Your sex life will be better too because you’re more aware of and connected to your body – hollaaaaaaa.

You’ll be better able to modulate your energy. Like a DJ doing their DJ thing (like Jon Snow, I know nothing), you’ll know your levels at all times, whether you’re giving a task your all, have a little more in the tank, or you’re just coasting. And you can adjust your faders – is that what they’re called? – accordingly.

Here’s the rub: it takes time & consistency for all of these benefits to come to fruition. The sooner you make peace with this fact, the smoother your ride will be.

I completely get the urge to want it all right NOW. I was there, too. I was stunned when my biceps didn’t explode through my Kmart t-shirt after my first curl, and my back didn’t grow wide enough to block out the Sun when I did my first chin up. You mean I have to come back tomorrow and do this whole exercise thing AGAIN?! 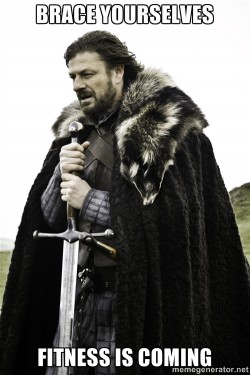 Do what you like. Yoga, running, weight lifting, break dancing or chasing ducks through the park like a crazy person. In the beginning, it really doesn’t matter.

If you’re new to exercise, pick something and get moving just to get the ball rolling. Remove as much friction as you possibly can between you and starting.

Do you need to have a solid plan when starting out? Not at all. Don’t let perfect become the enemy of good enough for the time being – you’ll learn what you need to along the way, refining your aim as you progress. Plus you’ll likely change course plenty of times as you figure out what’s important to you and what isn’t.

One of my first fitness fails was a run in the middle of winter wearing sweatpants, a hoodie, gym shoes and construction gloves because I just finished watching a Rocky montage. I slipped and bruised my tailbone and I gingerly limped my way back across campus while holding my buttcheeks in shame.

Some are motivated by the drive to succeed while others get pumped up when they’re trying their best not to lose. You may be someone who is motivated by outside rewards, or you forge ahead based on intrinsic factors. No matter which camp you more or less identify with, tap into your motivation style.

There’s no judgement on where you fall. This is a marathon, not a sprint. To avoid burnout, find something that you enjoy about the process outside of the end goal you’re looking to achieve. Regardless of where you want to go, the distance between point A and point Z is going to take time, and you can run yourself ragged grinding as fast as you can towards the finish line without actually enjoying anything along the way.

It’s like someone on a quest to make a million dollars. They can either become so focused on the destination that they only experience any kind of joy once they hit their goal, or they can create mini check points & rewards along the way, specific to how they roll, to keep them excited and make the road to dolla dollas far more enjoyable.

Last year I hired a coach and spent a few months dieting down for a photo shoot, something that I always wanted to do for the hell of it. I set the of goal of becoming leaner than I had ever been, and 20 pounds later I achieved just that.

And I was happy. For like 5.6 seconds in total. 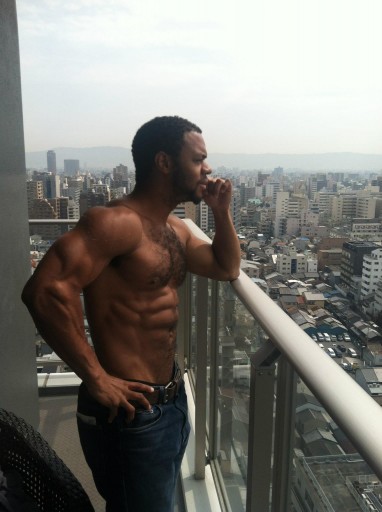 Mainly I was just hungry and I wanted cake.

That’s the thing nobody really tells you. Once you reach your coveted destination, the victory is short-lived and before you know it your brain is already focusing the next shiny object.

I wasn’t any happier when I reached complete ab-domination, but when I started I sure thought that I would be. That’s when I realized that it’s not necessarily about the goal that you pick, but more about what your goal represents, who you become in the process and the traits that you develop along the way.

Even if you don’t completely hit your target, you’ll still learn a ton in the process. Sometimes a goal isn’t meant to be hit, but it gives you something to aim at for the time being.

As tempting as it is to try and fix inside issues with outside solutions, don’t. You’re enough as is right now. Instead of aiming to fix yourself, or thinking that you’ll be happier once you have X, adopt the mindset that you’re just making upgrades to an already awesome design.

Work from the inside out, not the other way around.

Years later you’ll look back on the major fails made along the way and laugh at yourself, wondering if your brain was hijacked by aliens who controlled your body, making it do silly things for their enjoyment.

It’s part of the game, so chalk it up as nothing but feedback designed to help you learn, grow, and spin your wheels less in the future.

Don’t add unnecessary pressure by locking yourself into some arbitrary deadline from the start. Chances are it’ll be unrealistic to begin with anyway. This whole exercise thing is like a giant carousel. When you inevitably goof up, fall off your intended path or things don’t go as planned, don’t flip out – the next chance to make things right is moments ago.

Ready? Take a deep breath and get ready for a wild ride. I have no idea where you’ll end up, but I promise that it will change your life if you let it.

“You have exactly one life in which to do everything you’ll ever do. Act accordingly.” – Colin Wright