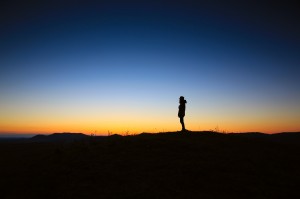 From world leaders to authors and movie stars, we all have these moments of blah. Motivation can be a fickle and elusive force, leaving us wondering if we really want the things that we set out to achieve.

One moment you’re on top of the world, moving towards your goals, cutting through tasks with ninja-like speed and accuracy, and then the next you’re derailed, unmotivated and left wondering how it all fell apart so quickly.

Luckily, it doesn’t have to be this way. You have the necessary tools to harness this seemingly magical force, using it to your advantage whenever the situation demands, and it all starts with reconnecting with the ball of awesome that is you. 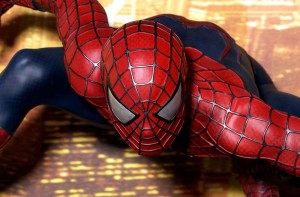 Bruce Wayne became Batman after the death of his parents.

Bruce Lee’s training and philosophy changed dramatically due to the outcome of a fight he had with a rival martial artist.

On a less heroic note, we both come from vastly different backgrounds. JC was an athlete growing up and was introduced to strength training early on. Rog, on the other hand, grew up a gamer and didn’t pick up a barbell until he was in his 20s.

We’re all a bundle of unique stories. Use it to your advantage.

Psychologically they’re an amazing tool for creating lasting change because you have a pool of experiences to draw from – everything up until this very moment is at your disposal. It represents the switch, that moment when your life begins to shift in a fundamental way away from both where you came from and where you are towards where you want to be.

This is just the beginning, however. The real ingredient behind getting your motivational engine started and keeping it running amidst the occasional stats and stops is connecting your story to a powerful why. 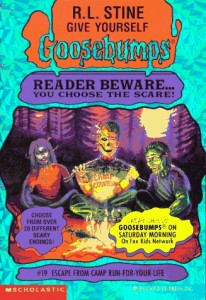 Want to find a simple, no-fuss way to manage your diet and training yet well-meaning people keep piling complication upon complication on you?

What if you just want to look great naked yet are constantly talked into trying methods that aren’t bringing you any closer to inspiring shock and awe when you jumped out of that birthday cake in your birthday suit?

Your goal is yours and yours alone – don’t let anyone hijack it.

It doesn’t have to appeal to the sensibilities of anyone else but yourself. In the end you’re going to be the one making the necessary sacrifices and doing the work needed to get there, so making sure that you’re physically and emotionally invested first is key 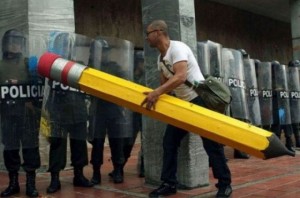 Scribble it on a napkin, put it in a word document or carve it into a tree if you’re feeling a bit old school. The mission here is to write it down, getting it out of your head and bringing it into the real world.

When you own your goal like this, you set the stage of success in two important ways.

First, it forces you to make a decision. By putting pen to pad (or fingers to keyboard), you’ve said in a tangible way that this is what you want. Doing this not only makes your goal more real, but it also serves as a beacon, directing your internal GPS towards Awesomeville. You can’t hit what you can’t see.

You don’t need to know exactly how you’ll get there yet. Right now this is enough to get you going.

Secondly, it narrows your vision. Choices become a lot easier to make. What you do either leads you closer towards your goal or it doesn’t. By knowing what to say yes to, you also identify what you need to say no to as well.

Instead of getting distracted and led astray by every shiny thing along the way, you’re able to stay focused on the things that will bring you the most value and results for your time invested. In the great words of the sage and philosopher Mr. T, you cut out all the unnecessary jibba-jabba. 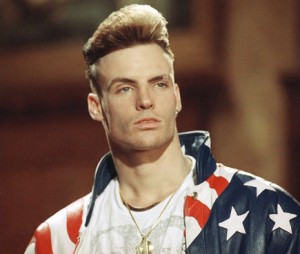 In the mid 90s, rapper Vanilla Ice was allegedly held upside down over a balcony by a record executive who threatened to drop him unless he came up with a few million dollars. True or not, this actually has a lot to do finding your own motivation.

And if you don’t know who Vanilla Ice is, I’m not sure if I feel sad for your soul, or jealous that I’ll never again be as pure and innocent as you are right now.

When it comes to our goals, we often have what’s considered a base reason. We want to get in shape, be strong, lose some weight, feel good, be healthy or a host of other generic answers.

Many times our analysis of what we want goes no further than this, and because of it we set our chances of success incredibly low right from the start.

Put yourself in Ice’s shoes. Imagine someone holding you over a balcony ready to drop unless you told them why you want to achieve your goals, do you think you’d give them some of the baseline answers from above?

If so think again, because it’s a long way down.

Friedrich Nietzsche said that he who has a strong enough why can bear any how. This is critical as you’ll undoubtedly encounter resistance and setbacks along the way to achieving anything worthwhile. If your why isn’t built on a solid foundation of personal meaning on an emotional level, it becomes far easier to abandon your goal whenever difficulties arise.

Your why will serve as the kindle for your fire during times of doubt.

Do you want to feel more confident & comfortable in your own skin?

Do you want to be able to play with your children as much as their little hearts desire?

Do you want to stay healthy so as not to end up like a loved one who died far too soon due to not taking care of themselves?

Do you want to feel more attractive to and have more sex with your partner?

We can’t answer this question for you – it’s up to you to fill in the blank. As long as your reasons are true to yourself and get you absolutely excited about pursuing your goal, resonating with something deep inside of yourself, you’ve passed the test.

We’re going to touch more on this in the habit module, but wanted to leave you with this idea. When was the last time you felt motivated?

When was the last time you had that aha moment or spark to get going only to have it fade away within a day or two. It feels extremely easy to act when we are motivated, but it’s fairly difficult to act when we’re not.

So how do we combat this? It’s worth stating that you’re never going to be completely moitvated all the time. If you are, we’d like some of your secret sauce. The main thing that separates those who could stuff done, and those who don’t are the ones who don’t rely on motivation to act.

So, even if you don’t feel like doing something, it’s better to act out of knowing what you want your outcome to look like, rather than waiting for more motivation.

Use Past Mistakes To Fuel Future Success

If this is your first foray into pursuing a fitness or health goal, we envy you – you’re about to learn a ton about yourself in the process.

If you’ve been around the block a few times and still haven’t achieved what you’re looking for, chances are you’ve encountered the same personal road blocks over and over again.

Instead of viewing mistakes as failures that offer you nothing, change your perspective and see them for what they are – ways that simply didn’t work. By knowing what don’t work, it frees you up to learn from them and focus on finding ways that do.

You can also reach out to people who’ve accomplished what you’re looking to do and ask them what pitfalls they encountered along the way. It may seem intimidating at first, but odds are they’ll be more than willing to help someone who is in a position they were themselves once in.

When you’re in uncharted goal territory, it helps to have a partial road map pieced together from both your personal experiences and those of others who’ve been successful.

As you get better at bouncing back better and wiser from your setbacks, jumping into the fray once again, the process becomes more enjoyable. Refine your course as necessary and let the process itself, not the reward you seek, become its own reward.

With this mindset firmly in place, it’s not a matter of if you’ll reach your goal, but when.

“Success is stumbling from failure to failure with no loss of enthusiasm.” – Winston Churchill